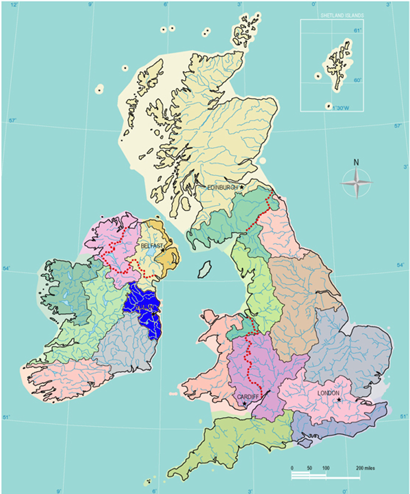 The Eastern River Basin District is home to rich agricultural land, holiday coastline, the city of Dublin and the towns which form the Greater Dublin Area and its commuter belt.

The draft plan was published on 22 December 2008 and there were also Environmental reports and the Habitats Directive Article 6 Assessment document. Public consultation ran until 22 June 2009 and the RBMP was published 6 July 2010.