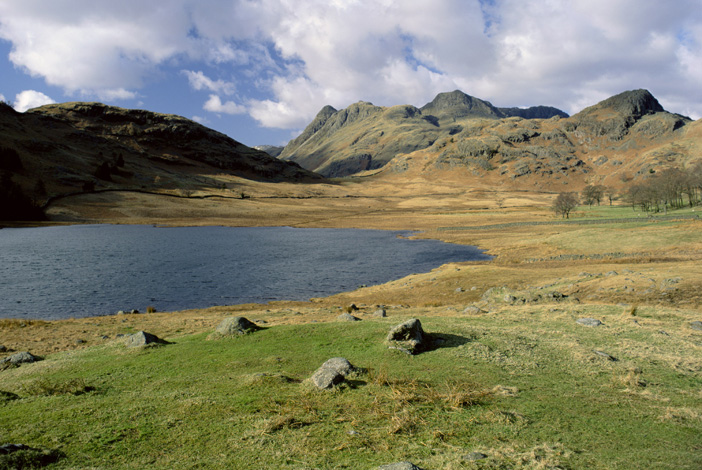 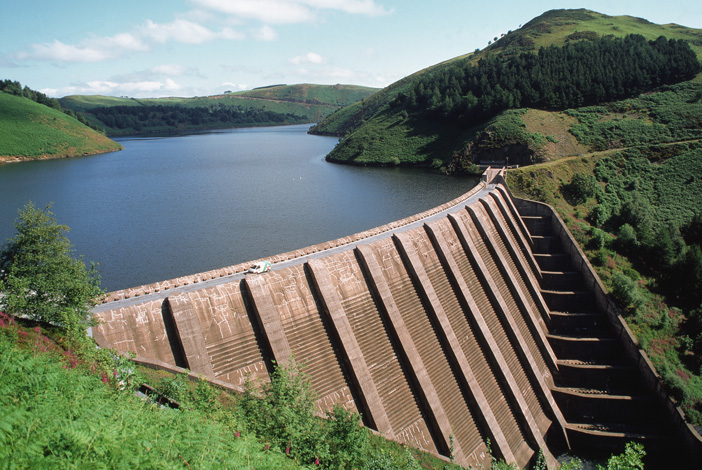 Lakes are large bodies of standing water, either formed naturally or man-made for amenity purposes. Water levels tend not to fluctuate to any great extent and gently shelving margins support a wide variety of flora and associated fauna.

Lakes also serve an important aesthetic role and, within the context of designed parkland, landscapes are important heritage assets. Lake Baikal is the world's oldest, largest, and deepest freshwater lake, nearly one mile deep and holding over 23,000 cubic kilometres of water.

Reservoirs: A reservoir is the same thing as a lake in many peoples' minds. But, in fact, a reservoir is a manmade lake that is created when a dam is built on a river. River water backs up behind the dam creating a reservoir. Reservoirs are built principally to provide water supply to homes, industry, agriculture as winter storage for crop irrigation or, in some cases, for electrical power generation. Upland reservoirs are commonly known as impoundment reservoirs since they are built across river valleys.

A common form of lowland reservoir is known as a pumped storage reservoir since water is pumped from a nearby river source rather than filling naturally as in the case of an impounding reservoir. Water supply reservoirs have developed into important nature conservation assets. The major difference between these water bodies and lakes or other areas of standing water, is the phenomenon of ‘draw-down’. This occurs when abstraction from the reservoir exceeds recharge from feeder streams and rivers, typically in summer, causing lowering of the water level.

Gravel pits are man made and are sometimes used for water supply.  In many cases, disused gravel pits have been restored to form important nature conservation habitats.

Gravel pits can be deep, steep-sided excavations up to several thousand square metres in surface area. The steep sides provide narrow margins and limit the growth of marginal vegetation, although surrounding land can support scrub and rough grassland habitats.

Although water flows through canals via locks and sluices, the movement is so small in comparison with the total volume of the system that they can be construed as standing water.

Today, a few remain as commercial navigation channels, but the majority continue as an extensive network maintained for recreational navigation. The rest have fallen redundant though many have been developed as important wildlife habitats.

Ponds are defined as small water bodies between 1m2 and 2ha (a water body having a surface area larger than 2ha is termed a lake) that hold water for more than four months in a year. Ponds can be formed naturally in depressions created by glacial activity, natural subsidence or river activity.

They can also be manmade, in gardens and village greens, or be created by landowners for fishing, shooting, livestock watering, aesthetic or amenity purposes. Ponds also tend to be much shallower than lakes.

We use water in our homes and gardens, in commerce and industry, and in agriculture. Much of the water supply infrastructure in the UK was developed at the end of the 19th century when impounding reservoirs were constructed in upland locations to provide a direct supply of water to conurbations, which were often many miles away.

Reservoirs were located in positions where the catchment received little or no disturbance, thus the quality of water supplied was often wholly acceptable without the need for either filtration or disinfection. As public hygiene standards evolved, many of these supplies were improved with the provision of chlorination systems. The regulation of water quality ensures that all supplies are now provided with full treatment, including coagulation and filtration.

In England and Wales, two-thirds of drinking water comes from surface water, including reservoirs, lakes and rivers, and the rest from groundwater. There are also areas that receive water from a mixture of sources.

Water is treated at water treatment works before flowing through water mains, sometimes over considerable distances, to arrive at the tap. Samples are taken at each stage of treatment and distribution along the way and tested by the water company to make sure that the customer receives high-quality water.

Lakes and reservoirs support rich and diverse flora and fauna, with some species relying on these habitats for their entire lifecycle.

Classification of surface waters is based upon their nutrient status. Eutrophic standing waters are highly productive because plant nutrients are plentiful, either naturally or as a result of artificial enrichment. These water bodies are characterised by having dense, long-term populations of algae in mid-summer, often making the water green. Their beds are covered by dark anaerobic mud, rich in organic matter.

The water column typically contains at least 0.035 mg/l total phosphorus (which includes phosphorus bound up in plankton and 0.5 mg/l or more total inorganic nitrogen – mainly in the form of dissolved nitrate).

Many lowland water bodies in the UK are enriched with nutrient concentrations far in excess of these levels, although there is some geographical variation in the extent of the enrichment.

Some waters, such as Lough Neagh in Northern Ireland, have been enriched as a result of human activity and so have moved in trophic status from a mesotrophic (having only a moderate amount of dissolve nutrients) to a eutrophic state (rich in minerals and nutrients and low in dissolved oxygen). Eutrophic waters are most typical of hard water areas of the lowlands of southern and eastern England but they also occur in the north and west, especially near the coast.

There are no accurate estimates of the amount of eutrophic standing water in the UK. The total area of standing inland water is estimated as 675 km2 in England, 125 km2 in Wales and 1604 km2 in Scotland. Current work suggests that over 80% of this resource in England, some 40% in Wales and approximately 15% in Scotland is eutrophic. On this assumption, the area of eutrophic standing water in Great Britain would be about 845 km2.