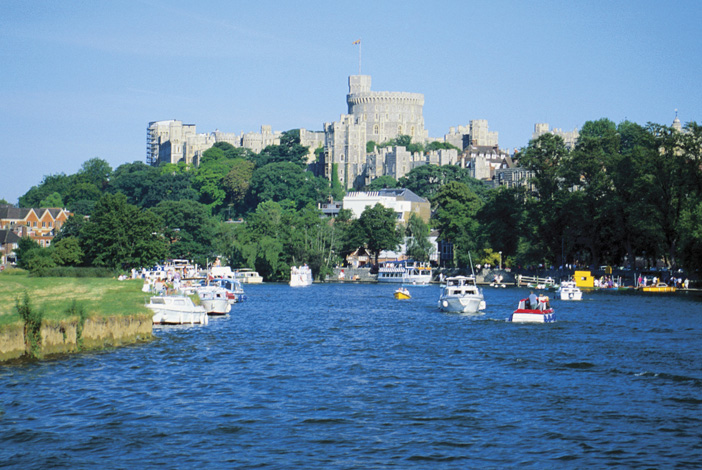 Rivers are important sources of water for households, industry and agriculture. They are also valued for commercial traffic, recreational use and nature conservation.

Unlike most other surface water bodies, rivers can flow across international or national boundaries introducing economic and political challenges to managing water quality and supply.

Sediment (material transported by the river, such as sand and silt) is transported through the channel and floodplain from upland regions and on to a lake or the sea. A river starts on hillsides as small channels, or rills. The rills combine to make larger channels or tributaries that eventually come together, forming distinct streams. Streams then become rivers as the flow increases and any contributions from groundwater occur. The largest river channels formed by this convergence of tributaries can carry large quantities of water and sediment for great distances.

A river forms in a watershed (also known as a catchment) bounded by the hillsides that divide it from adjacent watersheds.  When rainfall occurs on hillsides or when snow melts the water runs downhill and accumulates in streams.

A tributary stream eventually joins the main river channel at a confluence. The amount of rain or snow that falls in different parts of a watershed controls the size of a river. River features are also affected by the flow rate and the size and duration of floods. Some rivers receive rainfall almost every day in at least part of their watershed.

Other rivers, such as those in desert regions, receive water only during brief, intense storms that may cause a flash flood. The melting of snow is a source of water for many rivers. If a river flows all year round, the river is called a perennial river. Usually a slow, steady inflow from groundwater, or water found underground, provides some of the water of a perennial river.

If a river flows during only part of the year, the river is called an ephemeral river. An ephemeral river channel may have plenty of water flowing though it during the rainy season but may be completely dry in the late summer. The system of streams, tributaries and the main river is known as a river catchment, river basin or drainage basin.

Rivers are important sources of water for households, agriculture and industry, and are used for navigation and recreational activities such as angling, boating and walking. They also support a diverse flora and fauna. However, the river landscape worldwide is constantly changing, due to maintaining rivers for navigation, constructing artificial waterways and irrigation works, and the building of dams for water supply and hydroelectric power generation. Rivers also receive effluent from sewage treatment works and industry, and diffuse pollution from agriculture and transport. All these activities can have an impact on water quality.

Rivers play a vital role in the social and economic welfare of countries worldwide and there is increasing pressure for them to be managed in a way that brings benefit to both the people and natural habitats that depend on them. (See the accompanying Information Note on Wetlands).