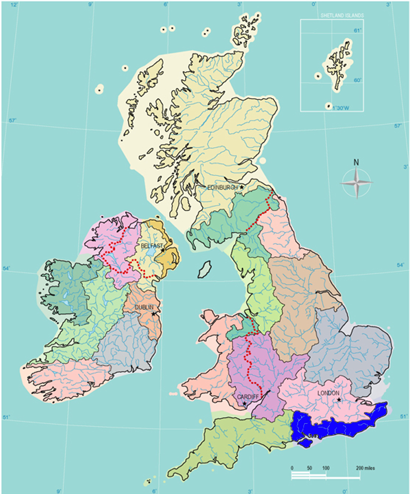 Click on the link below for information about the South East River Basin District; the liaison panel; contact details and a detailed map of the District.

The South East River Basin Management Plan, supporting annexes, and other supporting information are available on the  GOV.UK website:

Consultation documents for the South East River Basin District are available at:

This updated plan builds on the work already done to protect and improve the water environment in the South West RBD. Click on the link below to access the plan and supporting documents.