Wetland is the umbrella name used to describe areas of land where water is the primary factor controlling the environment and the associated plant and animal life. Fens, reedbeds, marsh, bogs and peatland are all types of wetland. They occur where the water table is at, or near, the surface of the land or where the land is covered by shallow water, either permanently, seasonally or at different tidal states. Salt water wetlands include areas of marine water, the depth of which at low tide does not exceed six metres. The water in a wetland may be fresh, brackish or salt depending on its location. A wetland may be natural or artificial, permanent or temporary.

Human activities can create artificial wetlands such as at the margins of fish ponds, farm ponds, reservoirs, gravel pits and canals. The characteristics of wetlands have also been harnessed through the creation of constructed wetlands for wastewater treatment. 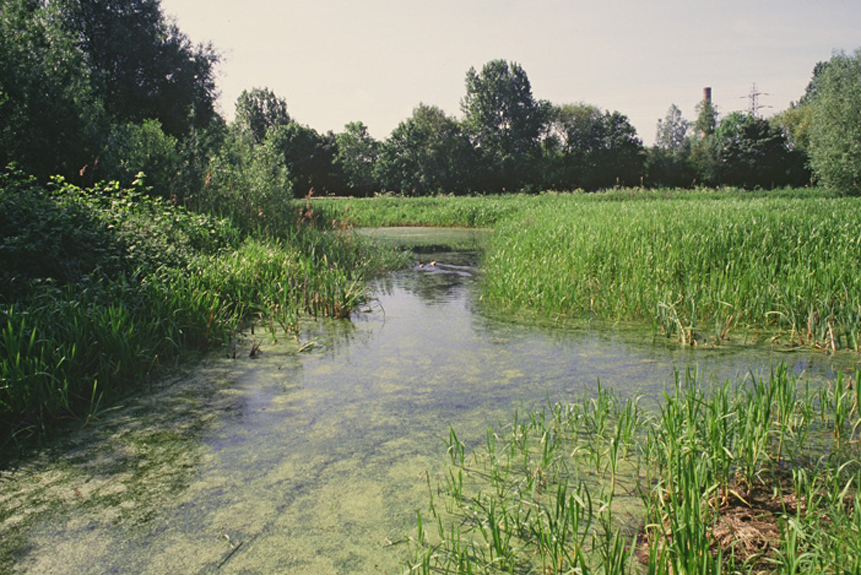 Wetlands are among the world’s most productive and biologically diverse environments, providing the water and primary productivity upon which innumerable species of plants and animals depend for survival. They support high concentrations of birds, mammals, reptiles, amphibians, fish and invertebrate species.

Wetlands are a source of significant economic benefit, eg. water supply, fisheries and agriculture, through their maintenance of water tables and retention of nutrients in flood plains. They are also widely used for recreation and tourism. Unfortunately, and in spite of important progress made in recent decades, wetlands continue to be among the world’s most threatened ecosystems, owing mainly to ongoing drainage, pollution and over-exploitation of their resources.

Wetlands can regulate floods, sustain flows during dry periods and recharge groundwater. The role of wetlands in relation to water flow can be likened to that of a sponge in that they are able to absorb significant volumes of water. That water is then released slowly, reducing peak flow levels in water courses fed by the wetland. This slow release of water tends to reduce the likelihood of flooding lower down the river catchment. Equally, where there has been no rain the wetland continues to release its stored water, maintaining flow levels in streams and rivers. The wetland ‘sponge’ drains into groundwater in the same way as it does into surface waters. Scientific research carried out on  Exmoor by the University of Exeter has shown that restored bogs release a third less water during storms and 30% less dissolved organic carbon, which discolours the water. Research by the Environment Agency suggests that the work is helping to maintain river levels during drier summer months. See South West Water’s Upstream Thinking Project. (https://www.southwestwater.co.uk/environment/upstream-thinking/).

Other research undertaken in Canada also showed that the drainage of wetland areas to improve grazing quality or for forestry planting has been attributed to causing an increase in the flashiness of some upland river basins. This is because the drains remove water from the land more rapidly, resulting in all the water from a rain storm running off the land in a short period of time. This can be detrimental to the river network in a number of ways. Greater bank erosion occurs when water is flowing quickly and the resulting sediment in the river reduces water quality. River levels rise and fall rapidly, causing stress in the aquatic ecosystem, compared with a steady flow level. The incidence of flooding downstream may increase in rivers where the catchment drains water from rainfall events rapidly, since all the rain from across the catchment arrives downstream at the same time. Hence, proper management of upland wetlands can help reduce the occurrence of flooding at source and without the need for expensive flood defence structures. (http://stormwater.wef.org/2014/09/wetlands-reduce-floodin/)

Wetlands are a significant asset to archaeology because certain materials are preserved for considerably longer within a wetland compared to if they were open to the air or buried in soil, as an anaerobic environment can preserve artifacts perfectly. These materials include wood, leather, cloth and bone. See Journal of Wetland Archaeology ﾖ (www.maneyonline.com/loi/jwa)

Wetland areas were heavily used in former times, eg. for fishing, to supply building materials such as reed thatch and peat for fuel, and, in times of strife, for shelter. Hence, they can contain significant relics of previous human habitation. In 1984, a two thousand year old body was discovered in a bog from which peat was being extracted in Lindow Moss, Cheshire. Lindow Man or Pete Marsh, as he is known, was so well preserved that a post mortem examination was possible.

English Heritage has commissioned a considerable amount of research and survey work to establish the extent of the archaeological component of England’s major wetlands, with a view to developing a conservation strategy. This work has concluded that over 50% of England’s lowland peatland has been lost in the last 50 years and, along with it, an estimated 2,930 monuments destroyed. Relevant information can be found at:

It is the view of English Heritage that, even where there is no visible sign, it should be assumed that a wetland area has archaeological value because of the heavy use of this type of landscape in the past. Such sites cannot be preserved in isolation as ‘monumental islands’ but rather their associated hydrology must also be considered in order that their waterlogged nature is preserved. This type of consideration fits neatly with the approach taken within the Water Framework Directive.

At the start of April 2015, English Heritage separated into two different bodies. A new charity retaining the name ‘English Heritage’ now looks after the National Heritage Collection - the stone circles, great castles and abbeys, historic houses and all the other unique sites that were in English Heritage's direct care.

Constructed wetlands and reedbeds are systems used to treat wastewater. They can be used as a final polish for water which has already undergone treatment or may be used as a complete and stand-alone system. They are widely used for industrial wastewaters, acid mine drainage, road runoff and landfill leachate and for the domestic sewage of small communities. The terms ‘reedbed’ and ‘constructed wetland’ tend to be used interchangeably.

There are a wide range of ways in which constructed wetlands may be designed, depending on their location and the strength of the wastewater that is to be treated. Water may travel vertically or horizontally through the medium which may be sand, gravel or soil. Horizontal flow may be over the surface or subsurface. The plants most commonly used are reeds (Phragmites australis) and bulrushes (eg.Schoenoplectus spp). They may be highly engineered, or closely emulate a natural wetland. The man-made reedbeds remove sediment and chemicals from wastewater through the same processes by which natural wetlands remove sediment and chemicals from polluted drainage or river water. Read more about reedbeds here: