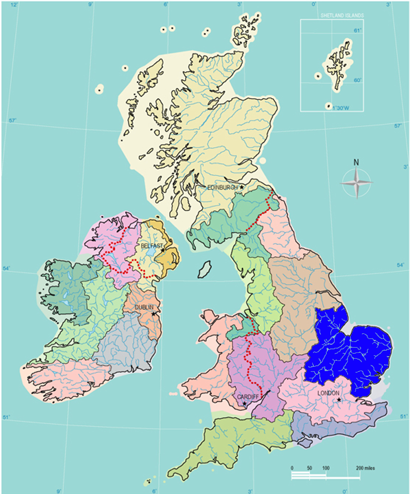 Click on the link below for information about the Anglian River Basin District; the liaison panel; contact details and a detailed map of the District.

The Anglian River Basin Management Plan, supporting annexes, and other supporting information are available on the GOV.UK website:

This consultation asked for views on the most significant issues for each river basin district in England. The       Environment Agency also sought views on a strategic environmental assessment scoping document.

Consultation documents for the Anglian River Basin District are available at:

This updated plan builds on the work already done to protect and improve the water environment in the Anglian RBD. Click on the link below to access the plan and supporting documents.